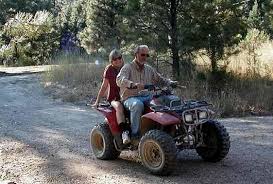 Public Act 240 of 2008 amended Part 811 of the Natural Resources and Environmental Protection Act (NREPA) to allow counties and townships in those counties to authorize the operation of off-road vehicles (ORVs) on roads.

After several years of restricting the eligible counties where ORVs could operate on roads, in September 2013, the Legislature passed three bills that extended the ability to authorize ORVs on county roads and highways under the Michigan Department of Transportation (MDOT) jurisdiction to the entire state.

Effective September 26, 2013, Public Act 118 of 2013 amended Part 811 to allow all counties and townships in those counties to authorize the operation of ORVs on roads. PA 119 of 2013 defines “southern counties” and expands the activities for which an ORV license is not needed to those where the vehicle is operated as an ORV on highways, roadways, streets, and forest roads. PA 117 of 2013 authorizes MDOT or a local government, with MDOT approval, to authorize ORV use on state highways.

Beginning one year after the effective date of the public act that added its county as an “eligible county” or “southern county,” a township may adopt an ordinance to close roads to ORV operation.

In an nutshell. ORV use is prohibit on roads unless granted permission by the county or local township. Those municipalities that adopted said ordinances that allow for ORV use would then be required to enforce its new ordinance.