KIMBALL TOWNSHIP BOARD OF TRUSTEES

Usakowski opened the meeting at 6:30 p.m. with the Pledge of Allegiance.

Sturdevant motioned to file and pay the bills totaling $199,135.92 supported by Jackson.

Dennis McCallom, 702 Allen Road: Is the 900,000.00 that the township will receive going into a separate account?

Usakowski: We plan on putting that into a separate account. We are not sure completely what all we can use that money for yet.

McCallom: Why are we paying for Neil Erickson to go to the conference he is going to in person with all the Covid related issues?

McCallom: Wondered about political signs, fire arms and several other issues he worries about.

Kelly couldn’t be here tonight but she did leave us her information.

We had a total of 56 people petition to the Board of Review. The veteran’s exemption and poverty exemptions were 38 of those so they only had 18 people contesting their property evaluations.

Last year they were able to switch over portions of our data base to meet the CAMA Data Standards. These are new standards set by the State of Michigan.

They have visited 1,115 parcels last year. The goal was 1,000 and that was despite the three months missed due to the Covid outbreak.

Next year we will be audited with an AMAR review.

Deland: I see that Four Lakes is going to the Tribunal again this year.

Deland: Weren’t they the ones that risked going to the Tribunal last year and you approached the county and other recipients of a lot of the tax money to see if they wanted to chip in and fight that?

At a previous meeting we approved a Class A designation for property on Isabelle. There is a trailer back there that is in need of repair and they want to remove that trailer and put up something new. Neil told them that anything new would have to meet the square footage of today’s ordinance which that one doesn’t. So it would have to be bigger than what is there but we gave them a Class A designation because they are going to improve it.

Property owner for the ammonia plant, where it sits right now, is dividing that into three separate parcels. We gave them a 4-1 ratio variances for the parcels because they are skinny and long. There is a pond on the property that encroaches the property line. It is supposed to be 30 feet away and it is only 10 feet away so we had to give them a variance for the pond.

The proposed center parcel of that property is what High Grade Concrete is interested in to put their plant back in there. It would be back in there about 500 feet from the road. So by the time the trucks hit the road, there won’t be anything left on the tires to track onto the road. They are in negotiations with the property owner now.

The corner of Griswold and Allen Roads, they split that lot and we had to give them a variance for road frontage because they were too close to the road. The garage is right on the property line so they have to address that.

Deland: What ever happened to the greenhouse on Range Road?

Little League is opening this weekend. The fields are looking pretty good. Little League came out there and worked on the infields. The restrooms will be open for that weekend plus we are bringing in some additional port-a-johns.

DPW did a great job with the water main break. They stayed onsite until 2:30 in the morning. We appreciate all their work.

We are working on cleaning the Range Road area, LaFrance, Garfield, etc. They have found several leaks and manhole covers that have been pushed down.

Sturdevant motioned to approve the $900 bill for HP Electric for checking the curb boxes and D boxes supported by Usakowski.

We’ve had two water main breaks. Port Huron Township had bored into our water main. They got it fixed and we had a boil water alert for all of Kimball and Clyde townships. It was hard to get it out to the media outlets because no one would answer their phone. I left my message anyway.

Usakowski: I can post the message on Twitter and it will be picked up there before any phone call.

Our second water main break happened today at Leland and Louks Roads which affected about 20–25 homes. A boil water alert was issued for those homes. We also had a funeral during all of that.

Usakowski: Is Port Huron Township responsible for paying for the damage they created with the water main break?

Wrubel: I think so.

The DPW will be taking care of all the cemeteries as far as grass cutting.

I received very positive feedback on the newsletter.

I gave everyone information on a new phone system. There are four different bids. Brady’s came in and talked to us about their service which will cost $627.41 a month.

Usakowski went over what Brady’s system could do.

Will bring this back to the next meeting with more information.

I talked to the county about doing something with Sparling Road.

Usakowski: On Sparling Road, residents were calling the road commission about problems with it and they were telling them that it was the townships problem.

Usakowski: I did a FOIA request with the county on several documentations. Sparling Road was a roadway that came under a jurisdiction of the county as a result of the MIT Act of 1951. This act moved all paved roads over to the County Road Commissions as a financial responsibility unless there was some kind of a written agreement with either a city or township. Since 1951 paved roads have been the counties responsibility.

Jackson: The particular bridge I am talking about is over a county drain. The Drain Commission doesn’t want to do anything with it unless it has support from the township which would be a 50% agreement to replace this bridge. It would cost $210,000 to replace it.

Jackson: What hours does Cal work on the weekend at the park particularly this Saturday?

Usakowski: Cal is going to be there.

Jackson: I normally set up the parking lot at the park but I won’t be able to do it all day this year. Was wondering if Cal could help do it.

Usakowski: Yes we can talk to him tomorrow.

Jackson went over the finances.

Is the DPW taking care of cutting the grass at all the cemeteries?

Hoffman: Any news on the old lawn mower?

Wrubel: They are using it. It’s working so far.

Was wondering what is going on at Smiths Creek Road by the airport.

Sturdevant: That had something to do with the landfill.

Deland: Do we have enough weed whackers?

Wrubel: We have one weed whacker.

Hoffman: Have they taken inventory at the park yet?

Deland: Why are they cleaning the library so much?

Wrubel: I called the main library and voiced my opinion about it.

Usakowski: Jenna Reed has moved to the main library to run the children’s section. We are getting a new librarian from the St. Clair Library who is Becca Casey.

American Legion is still doing fish fries. Good Friday we had served over 170 meals. Fish fries will be the first Friday of the month starting in May.

Deland: I haven’t seen anything with the pop-up testing.

The township cleanup is May 22 and 23. The only thing we need help with is to verify residency.

Deland: Have we heard anything about the tire grant?

Wrubel: Marysville School election is May 4th in Smiths Creek. 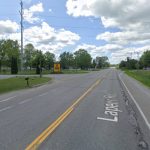 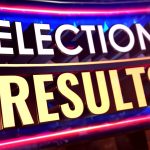